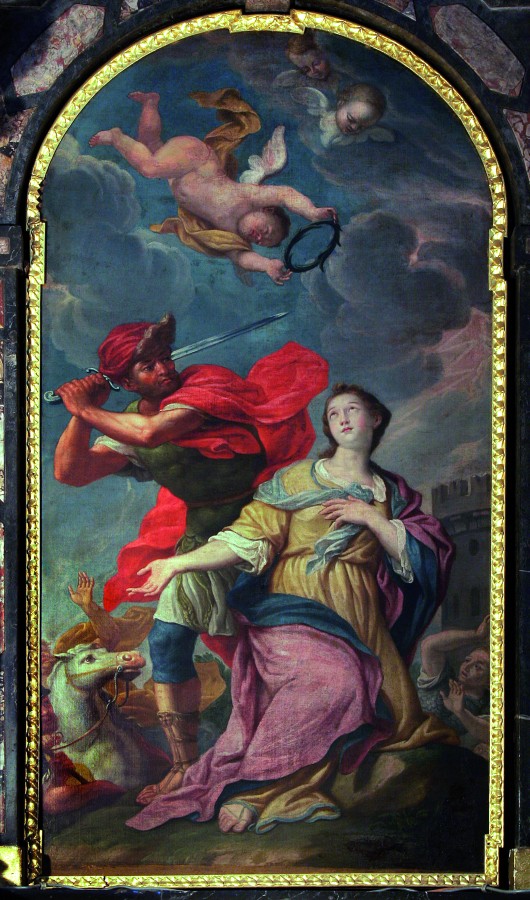 The Catholic Church has a rich history of liturgical traditions which have largely been lost or confined to places with a strong local devotion to a particular saint or holy figure. These devotional practices serve to enrich our everyday lives with the cyclical life of the Church. How better to teach children about the saints than through hands-on activities which revitalize the stories of their lives? Rather than allowing these traditions to fade into the forgotten past, we should make them an everyday reality. Here then is the tradition of wheat for St. Barbara’s Day:

St. Barbara’s Day is celebrated on December 4th. Barbara, born in the third century in present day Lebanon, was the daughter of a rich pagan named Dioscorus who kept her locked into a tower to preserve her from the suitors of the outside world. Unbeknownst to her father, Barbara converted to Christianity.

When Dioscorus found a rich suitor who he believed to be acceptable, Barbara refused to marry him, having consecrated herself to Christ. One day, upon returning from a long journey, Dioscurus found that Barbara had had a third window built into the tower in honor of the Holy Trinity. Seeing this her father drew his sword in anger, determined to kill his once beloved child. St. Barbara jumped out of her tower window and fled. Upon being captured she was tortured for days on end by means of switches, lashes, iron hooks, the rack, torches, red-hot pincers and hammers. But every morning her torturers would return to find her healed. In order to put an end to it all, her father claimed the honor of cutting off the head of his daughter who had scorned the gods. It is said that upon returning home, Dioscurus was struck by lightning.

From one of the details of this story, the tradition of St. Barbara’s Wheat was born. It is said that when fleeing persecution, Barbara ran through a newly planted field of wheat. As she ran, the wheat grew instantly covering her path and protecting her from those chasing her. And so, on December 4th, Catholics would plant wheat seeds in honor of St. Barbara. When the wheat had sprouted it would be used as decoration, either near the family nativity scene or on the Christmas table. In France and the Ukraine, the wheat seeds were planted in three small saucers to represent the Holy Trinity.

Legend has it that if the wheat germinates well and is prolific, the year’s harvest will be plentiful. There is a traditional saying in Provençal: “Quand lou blad vèn bèn, tout vèn bèn !”: If the wheat goes well, everything goes well!