We have been given a world of wonders.

That’s the only conclusion I can reach when I find myself admiring the beauty of nature. That’s the only conclusion I’ve ever been able to reach, from the time I was looking at the bugs found from overturning rocks as a little kid to pursuing a degree in Wildlife Ecology as an adult. The world around us is beautiful, infinitely complex, fascinating, sometimes intimidating or horrifying, but amazing in its features nonetheless.

This is the world God has given to us. Whether you look at the charge given from God to Adam in Genesis or the sheer influence we have over the natural world through our numbers and technology, like it or not, we are the stewards of this planet.

Which makes it more painful to me when I see people not only completely ignoring that duty, that sacred duty, but seemingly embrace decidedly non-Christian principles in regard to the world around us. Greed in many ways has become the norm, and anything impeding the acquisition of more wealth is increasingly subject to scrutiny. This, among other things, includes nature itself. People in power bear false witness in order to try and make themselves appear as if they are doing no harm in spite of what they are actually inflicting on our mother Earth. What’s worse is that people, through their own ignorance whether willful or no, believe them.

We have been given a world of wonders, yet we can see only money. For this challenge, we must all embrace an awesome stewardship in which we live as examples of giving all to Christ who has given all to us.

In truth I think many of the teachings of Jesus do connect themselves to our treatment of nature, just as they do to humanity. For we are, all of us, part of nature as a whole, connected to the world around us as surely as any other plant or animal. Doing unto others as you would have them do unto you stretches to, as the saint who Pope Francis took as his namesake often said, our non-human “brothers and sisters,” in my opinion. Another aspect of St. Francis was his radical poverty, his life itself a dramatic prayer, and his denying self to glorify the Lord.  Being mindful of greed, just as our Lord warned, rings just as strongly when looking at the actions of powerful industries as they did when looking at the actions of the corrupted powerful in Roman-occupied Israel in Jesus’ time.

It is with great happiness then that I read for myself just how invested and informed Pope Francis himself is on the topic of preserving and protecting the environment. He reminds us in his Laudato Si encyclical that it is often the poorest among us who continue to suffer the most at the hands of ecological degradation, whether it be through air pollution or drought worsened by global climate change. He’s really given me hope that the Catholic Church can do some good in this conflict.

This and the desire to educate are a now a part of why I continue to try and do my part to protect the natural world, whether it’s through education or through physical efforts. I genuinely believe, on top of this, that we cannot be cut off from the wonder of life, its diversity, its beauty, while we still have the means to protect and cherish it.

For we have been given a world of wonders. With God’s help, let’s act like it. 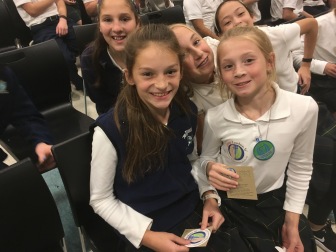 This past week, Laudato Si’ Project helped put on the St. Dominic middle school retreat, as well as, a stewardship work day on the Schoofs Preserve for St. Theresa of Calcutta young adults group. For the stewardship work day, chilly temperatures were no barrier for this group. The Schoofs Preserve is a 51-acre preserve owned by the Ozaukee Washington Land Trust and our group was focused on removing invasive species like buckthorn and honeysuckle from around the pond to allow regeneration of native species like red-twig dogwood and elderberry. Thanks to all the young adults from Theresa of Calcutta for their hard work! 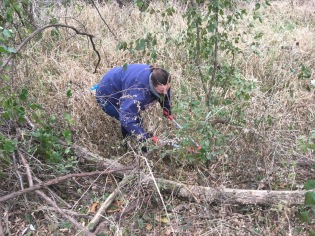 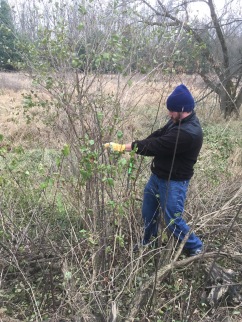 Laudato Si’ Project, in collaboration with MUHS and CMH, put on a great retreat for the

St. Dominic middle school. Students were lead through a day of prayer and contemplation around Pope Francis’s encyclical Laudato Si: Care for the Common Home. They participated in activities that helped them to better appreciate their relationship with God, one another, and creation. Students came to understand our interconnectedness to all parts of creation and ended the day making a commitment to care for our common home. Each received a prayer card, badge, and sticker to remind them to be the hands of Jesus to one another and to the world! Thanks to all the high school student and adult volunteers that made this a great experience for St. Dominic students. 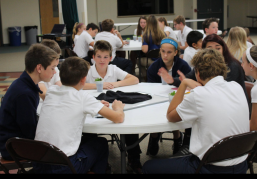 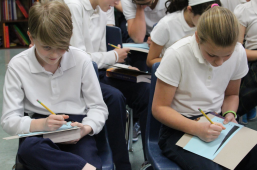 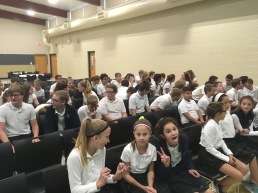 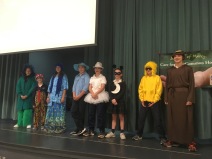 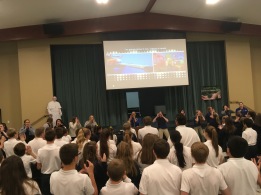 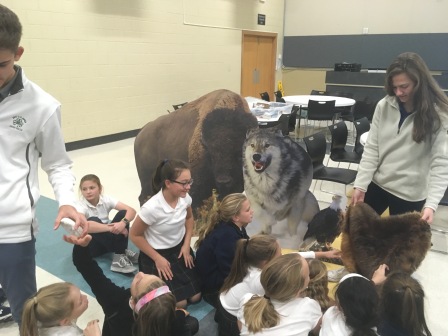