Even with snow on the ground, adult mourning cloak butterflies emerge from their 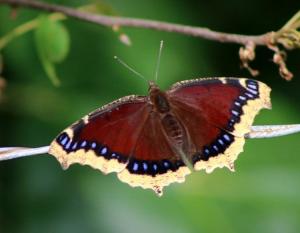 winter slumber spent under leaves or loose bark. They are one of only a handful of butterflies to overwinter as adults. To keep from freezing, mourning cloaks reduce the amount of water in their blood by as much as 30 percent and then thicken it with a sugar solution of sorbitol. Biologists in Alaska found that mourning cloaks do not freeze until the temperature reaches minus 220°F. Once they emerge, they need to quickly feed, so they often seek out running tree sap or rotten fruit. Mourning cloaks win the award for greatest longevity among butterflies, living 10 or 11 months. Search the woodlands near you this spring.

February and March can be tough months, with some warm days followed by a snow storm. One way to sweeten this emotional roller coaster is to experience the maple syrup season. 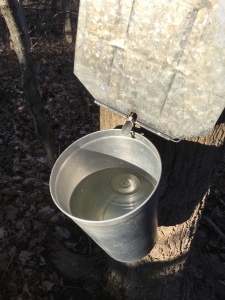 Even when nature seems asleep, maple trees are sending sugary sap up to the branches where the buds will use the sugar to make leaves in a few weeks. In my experience, having days around forty and sunny with nights below freezing produces the best sap flow. When temperatures reach high forties and fifty the flow actually stops. The sap is about 2-5% sugar and will be boiled down to about 66% sugar which we then call syrup. This boiling can be slow going as you may have to evaporate off 50 gallons of water to get 1 gallon of syrup! Sugar Maples are the most common tree used for syruping but other maple family trees can be used; silver, red, and boxelder. In Alaska, without maple trees, they utilize the sap of birch trees to make syrup! 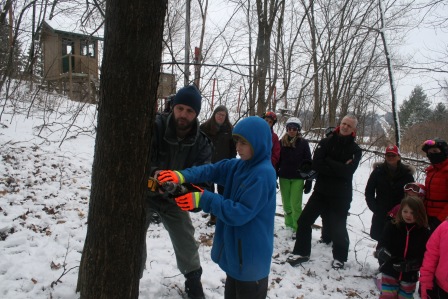 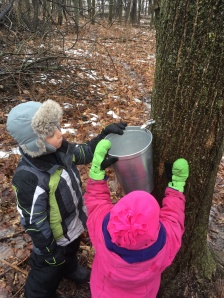 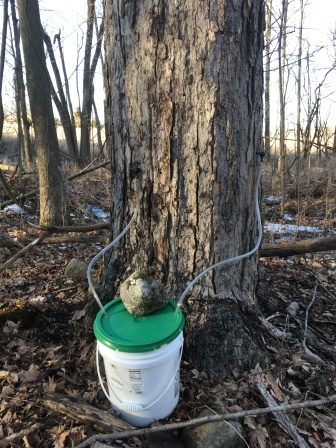 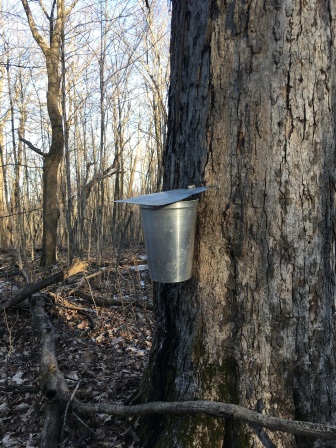 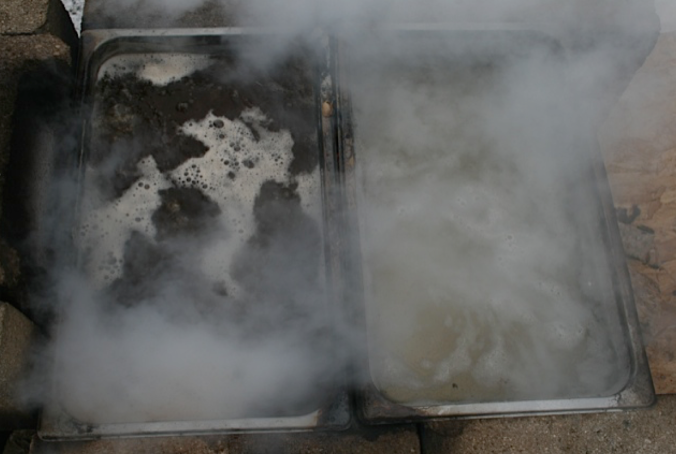 Boiling off the Sap. On the left is the concentrated syrup, Right is the Sap

mammals were active all winter. Laudato Si’ Project is beginning some small mammal survey’s using live traps in order to gain understanding of what lives in certain areas and how many. The goal is also to create programs open to the public so they can see many of these amazing critters close up. It also demonstrates ways in which research scientists monitor and study these animals. Our target species include: meadow vole, short-tailed shrew, meadow jumping mouse, woodland jumping mouse, deer mouse, 13- lined ground squirrel and flying squirrel. 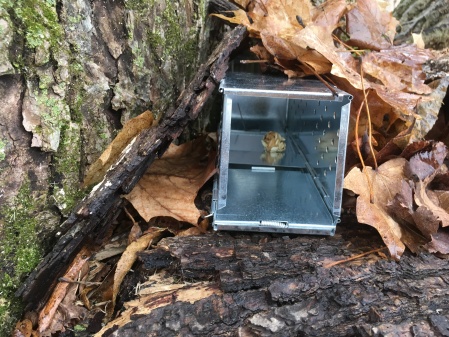 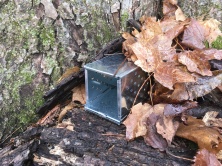 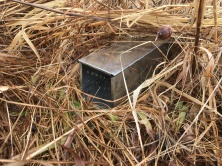 Many of us look forward to the first calls of red-winged blackbirds, robins, and sandhill cranes, but there is another bird species that begins its unique mating dance in March, the

American Woodcock. On these spring evenings, just before dark you will begin to hear the “peenting” call of the male Amercian Woodcock. Without knowing this, you might write it off as a silly insect buzz but what follows is truly a spectacle of nature. The male continues his “peenting” call for several minutes before taking flight. Then begins a circular flight into the sky, during which you will hear a high pitch noise as they fly made by the sound of their wings. They continue these concentric circles until they are several hundred feet in the air and then continue with their “falling leaf” display. This consists of erratically falling through the air while making high pitch vocal tweets. Their sky dance ends with them swooping silently to the ground where they originally took off and continue their “peenting.” This mating display continues well into the night and sometimes in the morning as well.

February and March is also a great time to cleanout your bluebird nest boxes for the arrival of the Eastern Bluebird. These gorgeous birds arrive early in the spring and begin to choose nest sites; tree cavities or nest boxes. American Kestrels also begin choosing their territories and picking out nest boxes as well. Laudato Si’ Project is helping to boost both bird populations with the installation of dozens of kestrel and bluebird nest boxes in Southeast WI. Many of our bird houses are made from scrape lumbar reclaimed from construction sites. Volunteers and Boy Scouts are placing them at several sites including Schoenstatt Retreat Center, Daniel Boone Conservation League, Tall Pines Conservancy’s Camp Quad Easement, Heiliger Huegel Ski Club and several other private land owners with appropriate habitat. 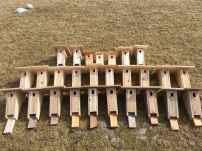 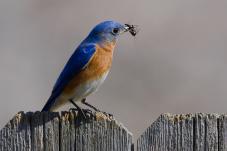